The Radiation Emitting Devices (RED) Act (Radiation Emitting Devices, 1985) regulates the manufacture, import, or sale of radiation devices within Canada; however, it is up to each province to regulate the installation, maintenance, and use of the equipment. Health Canada’s Safety Code 35 (Safety Code 35, 2008) provides information on safety procedures for the installation, safe use, and control of diagnostic X-ray machines. However, with the exception of federally operated facilities, SC 35 is a guide only, and it is up to provincial regulations to provide the necessary enforcement for protection of individuals who may be exposed to radiation emitted by X-ray equipment.

In Saskatchewan, the postal quality assurance (PQA) program is included in Section 16 of the Radiation Health and Safety Regulations, 2005 (Radiation Health and Safety, 2005) and specifies that operators using ionizing radiation equipment participate in the PQA program. The test package (medical pack) used in the PQA program is mailed to a hospital or dental clinic and contains a test plate containing eight thermoluminescent dosimeters (TLDs), an aluminum step wedge, and a test phantom. The medical pack is placed on top of the test phantom with the aluminum step wedge placed on top of the test phantom to simulate human body scattering. When the pack is radiographed and the TLD chips analyzed, the entrance exposure, and the half-value layer of the X-ray beam can be determined.

Historically calibration of the chips has used an X-ray combined with a calibrated reference instrument. This process, however, is tedious and expensive because it is not always easy to get access to an X-ray machine for extended periods of time. A solution to this problem is to calibrate these chips using a commercial 137Cs (Browne & Tuli, 2007), a naturally occurring radioactive gamma ray source.

X-ray and gamma ray radiations are both ionizing radiations (Cember & Johnson, 2008). However, in order to calibrate TLD chips using 137Cs, we need to find a factor that when multiplied gives the correct X-ray exposure for a 137Cs-calibrated chip. In addition, how filtration of the X-ray beam might affect this factor must be determined. The focus of this work is to measure the appropriate calibration factor to allow for in-house calibrations of the TLD chips using a 137Cs source. 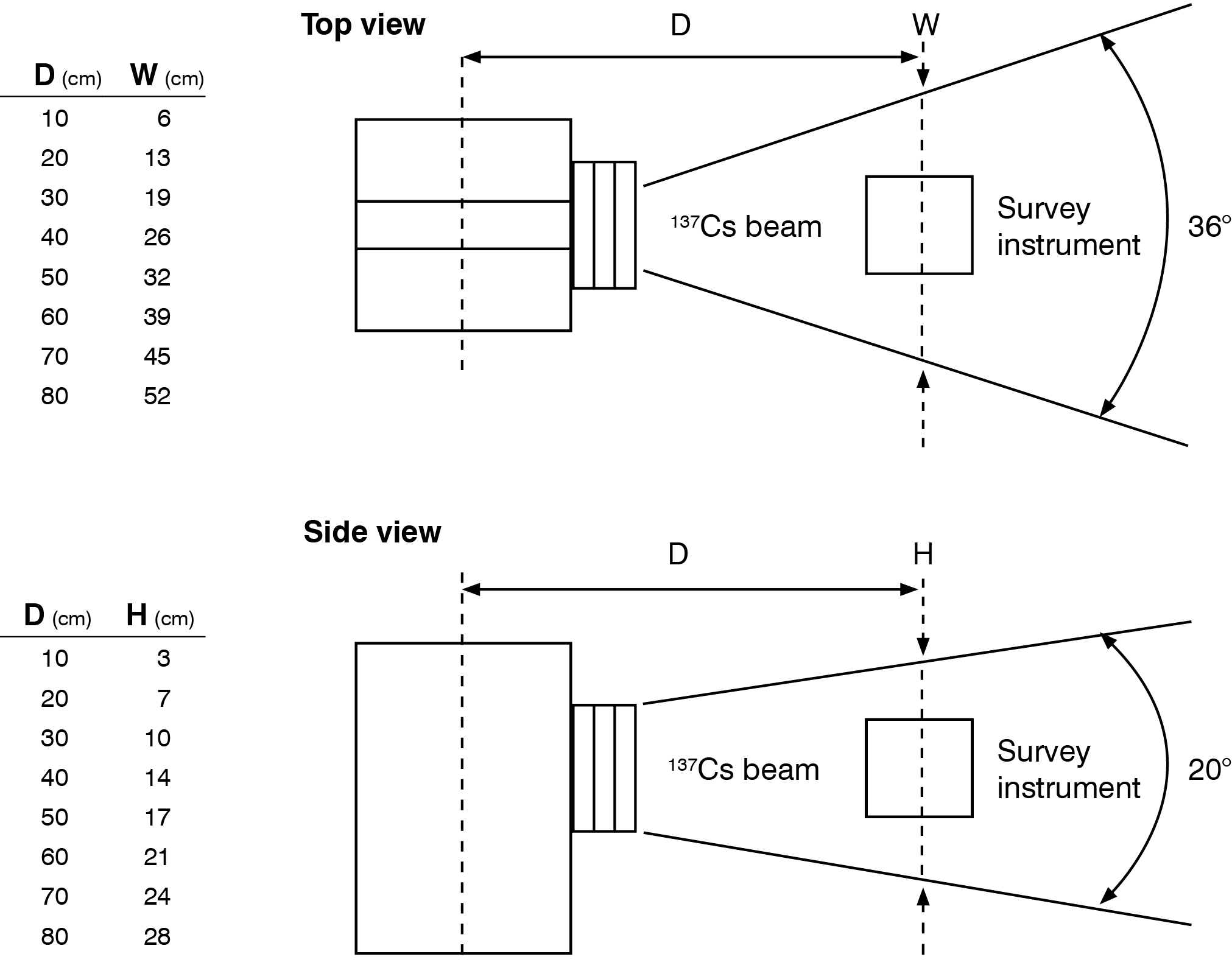 An AEA Technology, QSA Inc. Model 773 Instrument Calibrator (Operating Manual Model 773, n.d.) was used in this experiment. It contained a 137Cs source with a nominal activity of 6.142 GBq. The source was well-shielded and equipped with a collimated beam port. It has 3 attenuators with transmission factors of 0.25, 0.10, and 0.10 located at the collimator port to produce a radiation field whose intensity is uniform in any plane perpendicular to the beam axis. Figure 1 shows the beam profile.

A Harshaw Model 5500 TLD reader was used for measuring the TLD chips. As TLD chips are heated, the light output is analyzed using a photomultiplier tube (PMT). The PMT provides an output current that is directly proportional to the chips radiation exposure. Exposure measured from TLD charge is calculated using Equation 1

where ECC is the Element Correction Coefficient (Savva, 2010) for an individual chip, and the RCF is the Reader Calibration Factor, which converts the measured light output to a desired exposure unit, and the charge is the integrated current measured by the PMT.

Not all TLDs have the same response. To correct for variation in chip response and to correlate it to the population response, the ECC is determined using Equation 2

where is the average charge of a set of TLD chips, is the integrated current measured for a TLD.

The RCF is calculated using Equation 3

where is the average integrated current measured for a set, E is the radiation exposure delivered to that set.

Medical and dental packs are holders of TLD chips (Figure 2). A medical pack can hold up to 8 TLD chips and a dental pack can hold up to 2 TLD chips. In this experiment, 18 medical packs and 12 dental packs were grouped into 8 sets for X-ray exposure and 3 sets for 137Cs exposure. While exposing medical packs, phantom slabs were used to simulate human body scattering. Phantom slabs were not used for dental packs since this is not the practice observed in the field. X-ray exposures were conducted at several levels with varying filtration parameters for each set. 137Cs exposures were conducted at 21.2 cm from the calibrator, and packs were exposed to 3 different exposure levels. Figure 3 shows a medical pack attached to phantom slab during 137Cs exposure.

After exposure, TLD chips from medical and dental packs were set aside for at least 2 days in a dark environment to allow the chips to relax. During analysis, TLD chips were first preheated in an oven for 30 minutes at 100 °C to remove low-level noise from the chips. They were then cooled for 10 minutes before they were analyzed using the Harshaw 5500 TLD Reader. After analysis, chips were annealed by heating in an annealing oven for at least 1 hour at 450°C. After annealing, they were transferred to a fridge and cooled for at least 1 hour at 5°C.

The PMT in the TLD reader measures the light output from the TLD chip in units of integrated current (charge). The charge contained in the TLD chips were measured for different levels of X-ray and 137Cs exposure. Using the measured charge, exposure levels, and average charge for each set, element correction coefficients (ECC) for each chip and a reader calibration factor (RCF) could be determined. For each set of 137Cs and X-ray exposures, ECC and RCFs were computed using equations 2 and 3 respectively and are shown in Table 1 and Table 2. Figure 4 shows the distribution of ECC computed from both X-ray and 137Cs exposures. 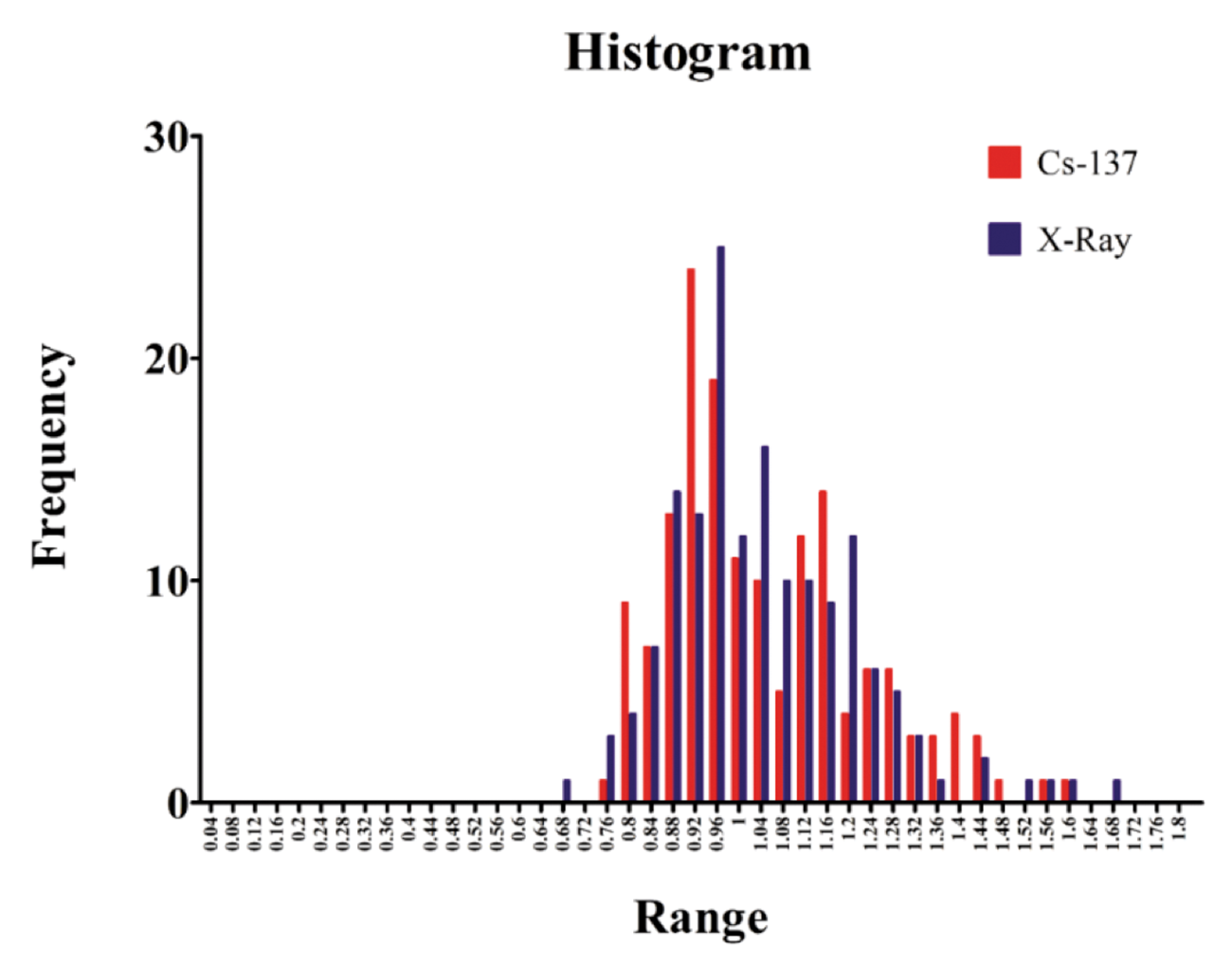 Figure 4: ECC distribution, x-axis shows the range of ECC; the distribution is centred around ECC value of 1

It can be noted that the ECC distribution is approximately a Gaussian distribution and has a similar shape for both X-ray and 137Cs exposures.

Figure 5 illustrates the average charge measured from the chip as a function of radiation exposure for X-ray and 137Cs treatments. From Equation 3, the slope of these lines is the RCF. Figure 6 shows the effect of filtration and kVp. 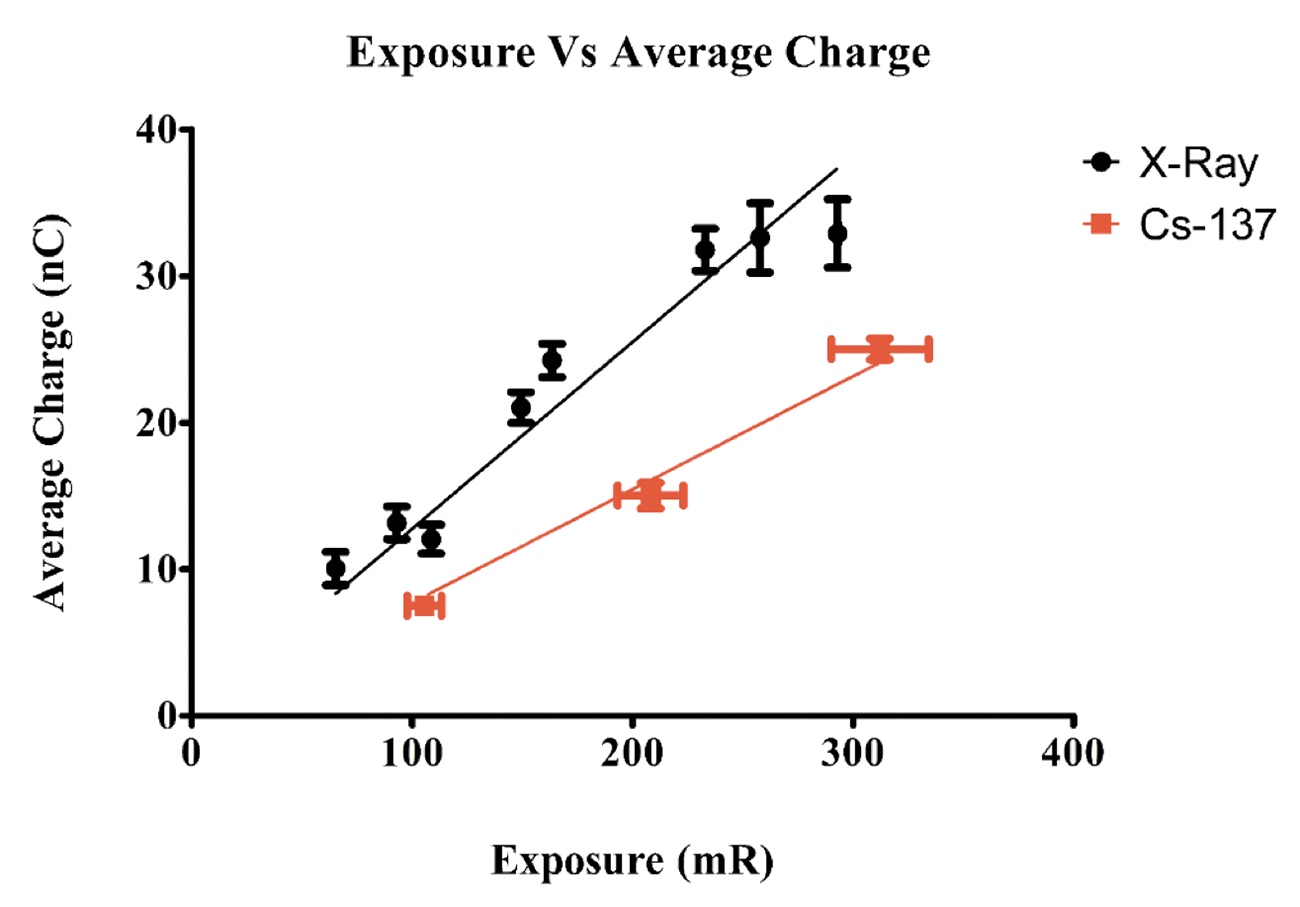 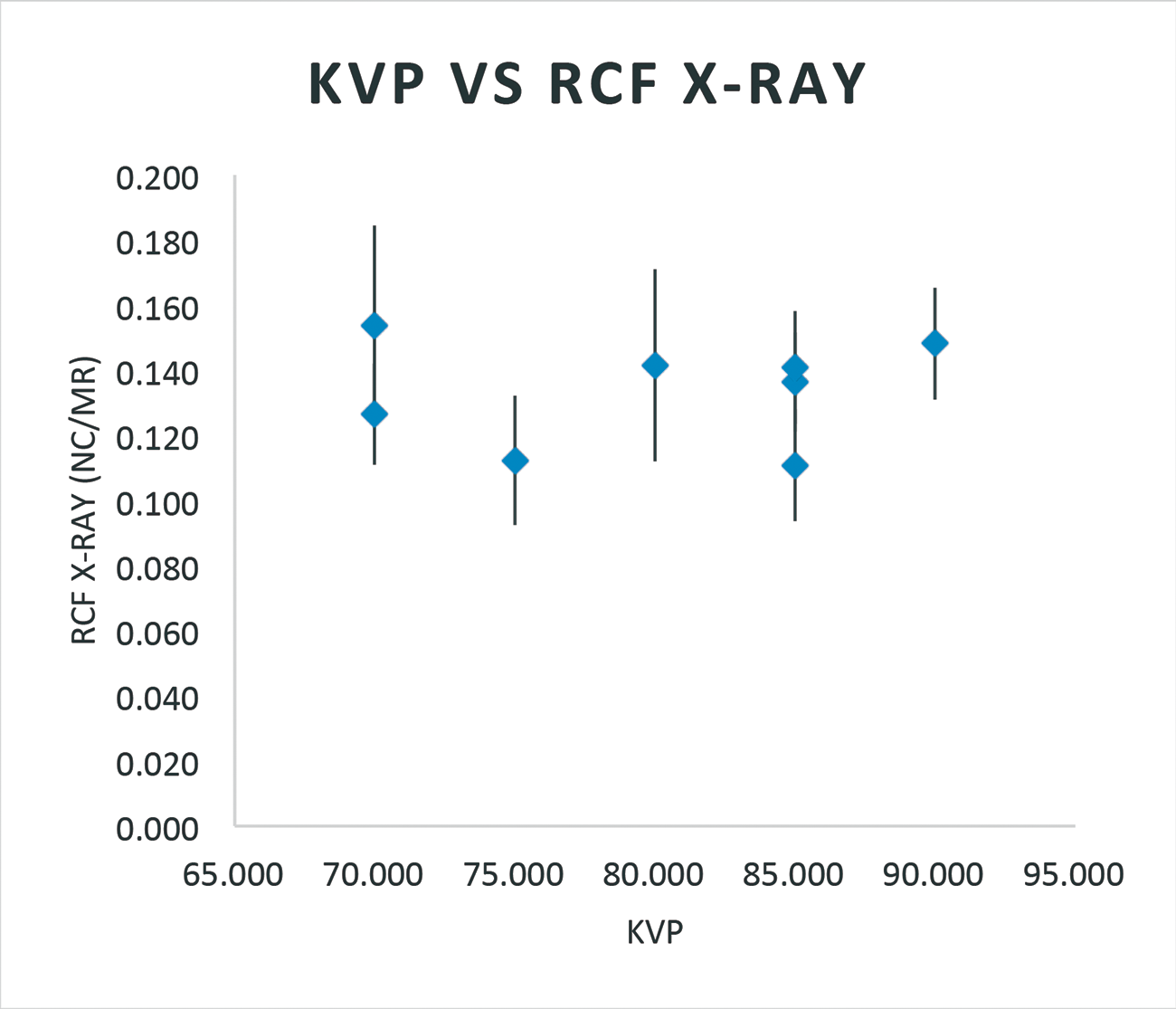 Figure 6a: Effect on RCF with kVp and X-ray 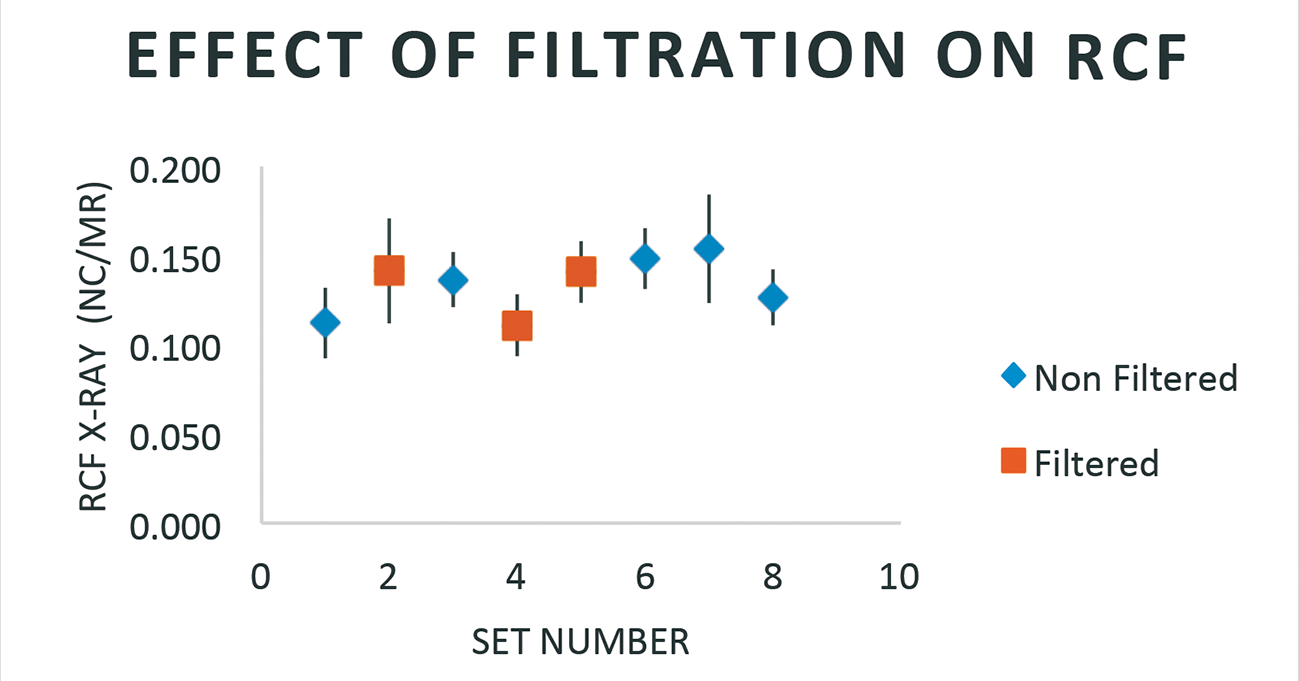 Figure 6b: Effect of filtration on RCF

is the correction factor relating TLD response for an X-ray exposed chip, given it is calibrated for 137Cs source. Neither kVp nor beam filtration appeared to have any effect on the chip response. 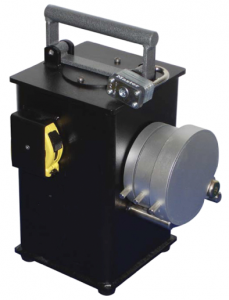 A comparison of TLD chip response for X-ray and 137Cs exposures was conducted. A calibration factor relating 137Cs exposure to X-ray exposure was calculated as K = 0.6056 ± 0.0057. It was found that X-ray machine settings like kVp, or beam filtration does not affect the calibration factor K. Given a TLD chip calibrated using 137Cs and exposed to an X-ray source, we can now multiply the obtained result from a TLD reader by K to get its equivalent X-ray exposure. Chips calibrated using 137Cs source can now be used in the Saskatchewan PQA program to monitor X-ray machines within the province.

Safety Code 35: Safety procedures for the installation, use and control of x-ray equipment in large medical radiological facilities. Health Canada. 2008. Available from https://www.canada.ca/en/health-canada/services/environmental-workplace-health/reports-publications/radiation/safety-code-35-safety-procedures-installation-use-control-equipment-large-medical-radiological-facilities-safety-code.html

Originally from Coimbatore, a city in the south Indian state of Tamil Nadu, Aravind Ravichandran is a 4th year, physics major at the University of Saskatchewan.