Due South: Advantages of the Chapter Model 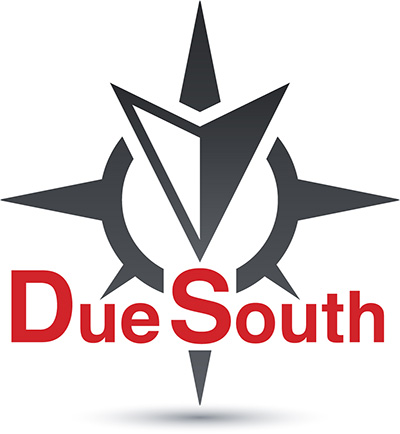 Howdy y’all. Spring has sprung down here in Texas; my home air conditioner clicked on yesterday for the first time in 2018.

For my first “Due South” column, I’m going to repeat a little bit of the information I shared at the 2016 CRPA conference in Toronto. Here in the United States, the Health Physics Society (HPS) is our radiation protection society. One of the things I like about HPS, and encourage CRPA to adopt, is the concept of a chapter, which is a geographical subset of HPS.

Chapter meetings and functions are generally more casual and have regional differences. The chapter I belong to, and am a former president of, is called the State of Texas Chapter. (We recently changed the name from the South Texas Chapter after the North and West Texas chapters folded. We absorbed new territories without needing to change our website address, STC-HPS.org.)

When I was president, we conducted three one-day meetings per year: a student meeting, an affiliates’ fair meeting, and a topical meeting. Meetings were held on Saturdays to allow attendees to drive (typically two to four hours) to the host city, which rotated. In the last two years, the younger generation has tried a different model, combining the affiliates’ fair and topical meetings into a one-and-a-half-day event, starting on a Thursday, normally in the fall. For the first two years, attendance has been up. The student meeting is held in the spring and remains on a Saturday. A chapter social is also usually held at the HPS national summer meeting venue.

Chapter meetings have the advantage of being within driving distance, and attendance at a chapter meeting is much less expensive than the national HPS meeting. We typically charge ~ $50 for the student meeting, and ~ $120 for the day-and-a-half meeting.

We currently rotate our student meetings between locations at Texas A&M University in College Station and Texas State Technical College in Waco. We hold the meetings at a campus venue and cater our lunches through a local barbeque restaurant to keep costs down. At our student meetings, we award cash prizes to presenters in three different categories: associates (two-year degrees), undergraduates (four-year degree programs), and graduate level. These are quite popular with students: we typically have 12–18 presenters, and attendance ranges from 40 to 60.

Our most recent student meeting was held on Saturday, April 7, 2018, at Texas A&M University in College Station, which is located approximately in the centre of the triangle formed by Texas’ three largest metropolitan areas: Houston, Dallas-Fort Worth, and San Antonio. Details can be found here: www.stc-hps.org.

For the combined affiliates’ fair and topical meeting, we typically attract 60–100 delegates and have 8–15 affiliates (or corporate members, as CRPA calls them) who set up a booth or a table. We usually hold these at a hotel venue and budget for a small loss, usually offset by revenue from the student meeting.

Based on my experience as a member of another small regional scientific subset (the Alamo section) of the American Industrial Hygiene Association (AIHA), I’ve found that about 10 members are necessary for what I call “critical mass.” The Alamo section has a dinner meeting once a month during the school year. Typically this meeting draws folks only from within about a 50 km radius, and usually those seeking professional development credits.

Could the chapter model work for CRPA? Within CRPA, I could envision chapters loosely aligning with the provinces of Ontario, British Columbia, Alberta, Saskatchewan, Quebec, and possibly a maritime chapter. Perhaps in the future.

In closing, here is a link to a map of the 40 HPS chapters within the United States (http://hps.org/aboutthesociety/organization/chapters.html). There are a few that I would consider close to Canada. Additionally, there are two HPS chapters outside of the United States—Taiwan and the Georgian Republic chapters.

Scott Nichelson, a certified health physicist and industrial hygienist, began his career in health and safety with the United States Air Force in the mid-1980s. He retired after 28 years on active duty and is currently serving as a civilian instructor for the US Army Medical Department Center and School in San Antonio, Texas. Scott discovered CRPA in 2002. He is a diehard fan of the NBA’s San Antonio Spurs.