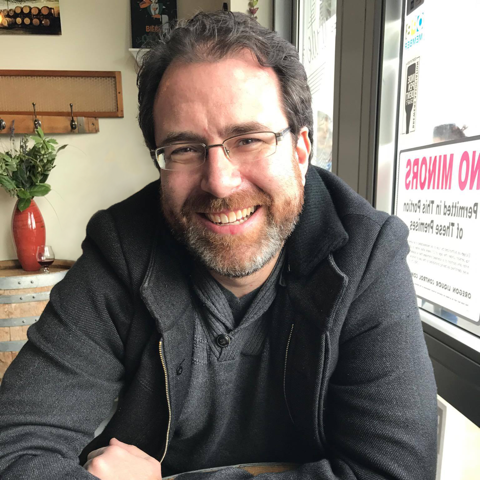 Wi-Fi . . . EMF . . . NIR . . . RF . . . LTE . . .[1] The field of non-ionizing radiation, like so many others, is full of terms and acronyms. These terms and acronyms—some of which didn’t even exist when the International Commission on Radiological Protection (ICRP) first met—are becoming increasingly common every year.

While the hazards of ionizing radiation have long been studied and are fairly well understood (setting aside the LNT[2] debate for now), non-ionizing radiation is becoming a hot topic. As the devices we use to stay connected become more prolific, so do concerns around the side effects of using these technologies.

Interestingly, the very connectivity that these devices allow makes the spread of poor information on the hazards of non-ionizing radiation that much easier. Take the BioInitiative Report,[3] for example. This report describes itself as a “rationale for biologically based exposure standards for low-intensity electromagnetic radiation.” It has been heavily criticized by many governmental and research groups. Thirty years ago this type of document would have been very difficult to place in the hands of the public; however, thanks to the internet, the authors were able to publish it, without a peer review, online where anyone can access it.

And they have accessed it. Over the last few years I have seen a definite increase in the number of people worried about non-ionizing radiation in my workplaces—concerns related to both occupational and personal exposure. In some cases, those who were concerned were individuals who worked with ionizing radiation every day without pause. But, more than once, the BioInitiative Report was one of the sources referenced by these individuals.

I think it’s clear that concerns around the hazards of non-ionizing radiation will continue to become more common. And I think it’s also clear that this is an opportunity for CRPA to position itself as a source for Canadians of clear, science-based information on this topic. Last year, CRPA published a position statement on radio frequency radiation, but this is only a first step.

Overall I feel our association lacks strong expertise in this area—although, if I’m wrong, by all means let me know! I read through the updated draft guidelines on radio frequency exposure published by the International Commission on Non-Ionizing Radiation Protection (ICNIRP). While I understand the basics, I’m certainly not knowledgeable enough to have been able to provide meaningful comment on, for example, their review of the dosimetry studies used to form their guidelines. It is, however, a field about which I intend to learn more.

These are lofty goals, perhaps, but this is the time when we can make the biggest impact.

We’ve been publishing the CRPA Bulletin in its new online format for almost a year! It’s been a great learning experience for me and the rest of the editorial team. I do hope that you’ve all enjoyed the end product as much as we’ve enjoyed producing it.

Originally, my intention was to publish a new issue every month. I knew that was a fairly ambitious target at the time, but, for better or worse, I wanted to aim high. In the end, we’ve settled on publishing a new issue every two months. This will give us time to keep gathering great content for you, our readers, while making sure it’s organized and presented properly. It also keeps us, and the rest of our volunteers, from overloading ourselves.

Everyone will receive an email every other month reminding them to check out the Bulletin website and see the new articles that have been posted. But you don’t just have to wait for the email to find changes on the website. We’ll be posting new content as it comes in, especially in our new Bulletin Board section (pun intended).

The Bulletin Board is an area where we’ll be publishing short notes with useful information for all our readers. So, while the email every two months will summarize the new content that has been posted since the last issue and remind you to visit our site, we hope you’ll all check in even more frequently.