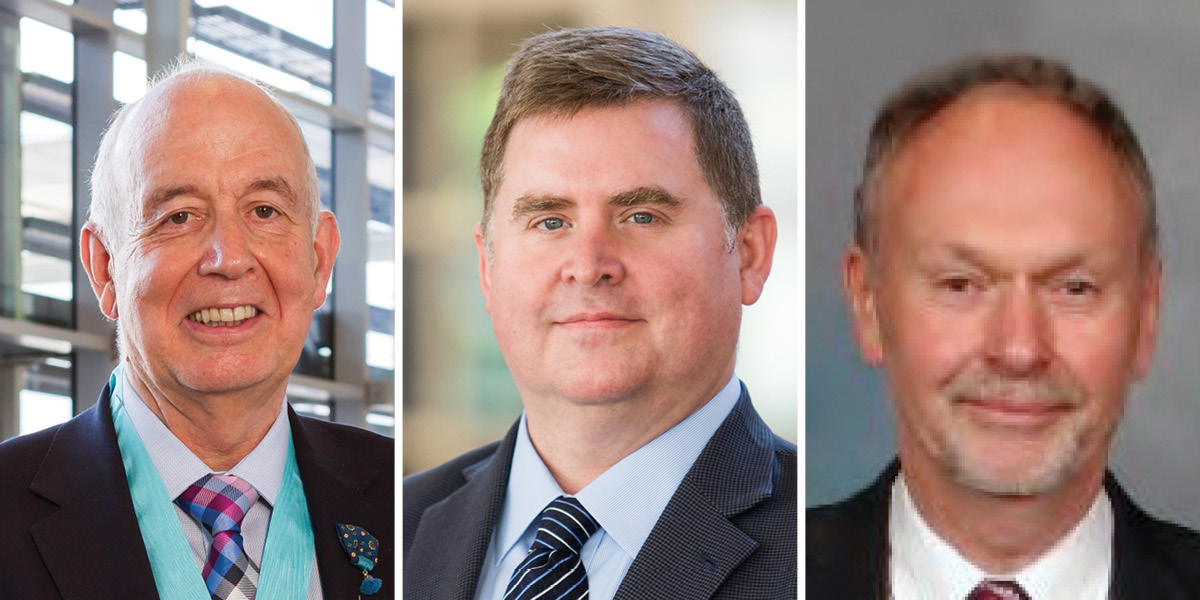 Roger Coates has 40 years of experience as a health, safety, and environment professional in the UK nuclear industry. He is a former president of the UK Society for Radiological Protection (SRP) and has been extensively involved with the International Radiation Protection Association (IRPA).

Richard Wakeford has a PhD in high-energy physics from the University of Liverpool. He worked for British Nuclear Fuels Ltd. for nearly 30 years, most of the time advising on the risks to health from exposure to radiation. He took early retirement in 2006 and joined the academic staff at the University of Manchester.

Qiuju Guo is a professor at the School of Physics, Peking University, and an executive member of the Chinese Society of Radiation Protection. She got her PhD from Nagoya University, Japan, in 1993, where she majored in health physics.

Aaron Goodarzi is the Canada Research Chair for radiation exposure disease. In 2011, he opened his own laboratory at the University of Calgary’s School of Medicine. In 2015, he was named one of Calgary’s “Top 40 Under 40.” He is one of the cofounders of Evict Radon, a national confederation of scholars aimed at enabling radon research.

Stephen L. (Steve) Sugarman has been working in health physics for more than 30 years. He is the vice-president and corporate health physicist for Summit Exercises and Training (SummitET). His experience prior to SummitET included 18 years at the Radiation Emergency Assistance Center/Training Site (REAC/TS).

Peter Elder has been working for the Canadian Nuclear Safety Commission (CNSC) for over 20 years in various regulatory roles covering the entire nuclear fuel cycle. He has experience in all areas of the organization’s mandate: safety, security, safeguards, and environmental protection.