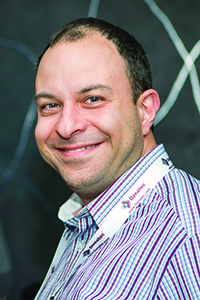 I hope you are doing well.

Just because we are physically distancing doesn’t mean that CRPA needs to put things on hold during the COVID-19 pandemic. As CRPA’s first “distance” president, I am discovering new ways to bring different opportunities to you. The board is working hard to provide different virtual opportunities for members in the coming months, such as an upcoming Canadian Nuclear Safety Commission (CNSC) town hall, professional development sessions, and much more. Stay tuned!

As you might know, I have a forensic science background, so, for this president’s message, I have decided to go back to my roots. There are many common links between radiation and forensics, such as nuclear forensics, radioactive isotope analysis of skeletal materials, and forensic radiology (conducting ionizing radiation examinations to gather and analyze evidence found in the organs of deceased patients to determine the cause of injury or death). However, in this column, I will be discussing forensic analysis, in particular, neutron activation analysis (NAA).

NAA can be defined as “a nuclear process used for determining the concentrations of elements in a vast amount of materials.”[1] It relies on excitation of the treated sample by neutrons in order for it to emit gamma rays. The sample is bombarded with neutrons, causing the elements to form radioactive isotopes. (See Figure 1.)

Figure 1: Neutron capture by a target nucleus followed by emission of gamma rays.

The major advantage of NAA is that it provides a non-destructive method for identifying and quantitating trace elements. A median detection sensitivity of one billionth of a gram makes NAA one of the most sensitive methods available today for quantitative detection of many elements.

A major drawback of the technique is its cost. Only a handful of crime laboratories have access to a nuclear reactor.

As far as forensic analysis is concerned, neutron activation has been employed for characterizing the trace elements present in metals, drug, paint, soil, gunpowder residues, and hair. For example, NAA was used during the investigation of a theft of copper telegraphic wires in Canada. Investigators used neutron activation to compare four lengths of copper wire (A1, A2, A3, A4) that were found at the scene of the crime to a length of copper wire (B) seized at a scrap yard and suspected of being stolen. They were all bare, single-strand wire with the same general appearance and a diameter of 0.28 cm. As a result of prior experiments, investigators expected significant variations in the concentration levels of the trace elements selenium, gold, and antimony for wires originating from different sources. A comparison of these elements present in the wires involved in the theft was undertaken.

After exposing the wires to neutrons in a nuclear reactor, NAA revealed a match between wires A1 and B that was well within experimental error (see Table 1 below). This suggested wires A1 and B had a common origin.

Table 1: Concentrations of trace elements (selenium, gold, and antimony) in parts per million.[2]

This forensic analysis method is just one of the many lesser-known possible applications of nuclear science in everyday life.