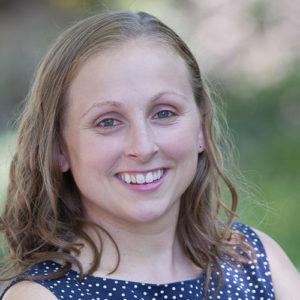 If you’re a regular reader of the CRPA Bulletin, you know Chief Editor Dave Niven makes a habit of interviewing interesting people involved in radiation protection. In this issue, Dave continues his interview series by talking with Diana Moscu, CRPA’s new president.

Dave Niven: Tell us a little bit about yourself: work life, family life.

Diana Moscu: I am currently a health physicist at McMaster University, where I have worked since 2010. I completed all my education at McMaster, so it was an easy transition. And I grew up in Hamilton, so this is really my home.

I have a young family—my daughter will be seven in August and my son just turned three. My partner also works at McMaster as an accelerator technician. I don’t think I could do as much without knowing he’s in it with me. I’m very lucky to have an equal partner in all things. As you can imagine it’s also nice to understand what the other does so we can work together (ish).

Dave: When did you first join CRPA?

Diana: I believe I joined CRPA right before writing the CRPA(R) exam. I think it was just ahead of the annual conference in Ottawa in 2011.

Dave: Why did you decide to run for CRPA president?

Diana: I decided to run for president after someone asked me if I had ever thought about it—in all honesty, I hadn’t! After making sure they were serious, I thought, if others believe I can do it, then it may be worth trying.

I’m not sure I would have run without someone asking, so now I’m going to try to ask other people when nomination time comes around.

Dave: What do you plan to focus on during your presidency?

Diana: I think my presidency is going to be focused on finding ways to keep members involved and in touch as we get back into the routine of conferences and in-person meetings. It’s been hard to keep in touch with colleagues over the last year, particularly socially. I think we all feel comfortable communicating when we have professional questions or issues, but it would be nice to have casual (or fun) communications again.

Dave: Were you able to start on any of your goals as president-elect over the past year?

Diana: I was! I have been looking for ways to make the registration exam more accessible to those who may not have the means or ability to write the exam at the annual conference. Suggestions include hosting additional exam locations and finding ways for people to write remotely. We are making progress.

Dave: Of all your goals, if you could pick only one to accomplish by the end of your term as president, what would it be?

Diana: I hope we can make the examination process more accessible to new professionals and students. I would like CRPA to help new graduates demonstrate to employers that they are qualified in a way that other students, those who haven’t written the CRPA exam, may not be.

Dave: Where would you like to see the association five years from now?

Dave: Anything else you’d like to say to our readers, both members and non-members?

Diana: Just thank you for your support, and I’m happy to serve the members as president for the next year. I love to hear about new ideas—even the crazy ones—because those suggestions from members are what will make our association better.

Successful Conference Networking – Not Just a Fairy Tale. Dave talks with Liane Koll, a recent graduate of the Loyalist College Radiation Safety program, and Valerie Phelan, who hired Liane after meeting her at the 2019 CRPA conference. January 2020.