2019 Will Be a Year of Change for Primary Standards: A Redefinition of the International System of Units (SI) and a Revision of Ionizing Radiation Measurement Standards

Redefinition of the International System of Units (SI) 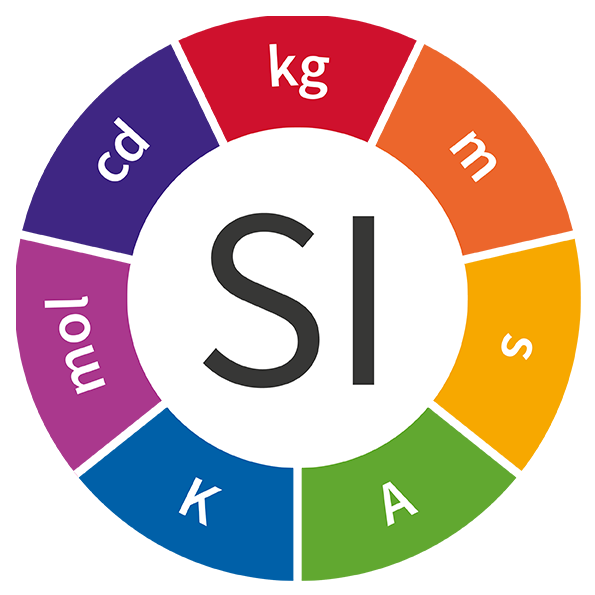 You may not be aware, but there are big changes afoot in the world of metrology (the science of measurement). In November 2018, the General Conference on Weights and Measures (CGPM) is expected to approve a redefinition of the International System of Units (SI), so that the seven base units—metre, second, kilogram, ampere, kelvin, mole, and candela—will be defined in terms of fundamental constants. These will include:

Work has been going on for many years to carry out the measurements to enable this redefinition, and the National Research Council Canada (NRC) has been a leader in the determination of Planck’s constant. Defining Planck’s constant will mean that the kilogram will no longer be defined as a piece of platinum-iridium alloy known as international prototype kilogram (IPK) and the base SI system will finally be independent of unique artifacts that require very careful curating.

The impact on measurements and calibrations of this redefinition will hardly be noticeable, but the redefinition will provide a more consistent basis for the SI system. So, watch for celebrations come World Metrology Day[1] in May 2019!

The Bureau International des Poids et Mesures (BIPM), located just outside Paris, France, has all the information you could ever desire on the SI redefinition. If you’re interested, check out www.bipm.org.

Just in case you were worried, redefining the base SI units will have no impact on measurements in ionizing radiation metrology. That is, unless you can measure absorbed dose with an uncertainty better than 10 parts per billion! However, before that redefinition happens there will be a change in some ionizing radiation standards, for a completely different reason.

In October 2016, the International Commission on Radiation Units and Measurements (ICRU) published Report 90, Key Data for Ionizing-Radiation Dosimetry: Measurement Standards and Applications. This report made some recommendations that, if adopted, would impact a number of primary standards, and therefore the calibration of user instruments.

In 2017, the Consultative Committee on Ionizing Radiation (CCRI) met at BIPM and approved the adoption of these recommendations. The CCRI is the forum for all national primary and secondary dosimetry laboratories worldwide, where national standards are compared and metrology issues are discussed. (It’s not as dry as it might sound!) The implementation date for these ICRU 90 recommendations is January 1, 2019, and NRC is on schedule to meet that deadline.

The magnitude of the changes is significantly greater than will be caused by the redefinition of the SI. Major changes can be summarized as follows:

So, the changes are significant in terms of primary standard dosimetry laboratories, and users with stable equipment and careful procedures will likely be able to measure the effect, but it is not anticipated that there will be any significant impact on end-user activities.

The changes are generally smaller than typical uncertainties for radiation protection measurements. A number of publications have already come out in the refereed literature on the impact of the ICRU recommendations (e.g., Burns and Kessler, Mainegra-Hing and Muir) and these can provide more context and detail on the recommendations and their metrological impact. Alternatively, feel free to contact the staff at the Ionizing Radiation Standards group at NRC if you have any questions regarding the Canadian implementation of these ICRU recommendations.

1.    May 20 is World Metrology Day, which commemorates the anniversary of the signing of the Metre Convention in 1875. For more information, see www.worldmetrologyday.org.

Malcolm McEwen is a team leader in the Ionizing Radiation Standards Group at the National Research Council and is responsible for air kerma and absorbed dose calibration services provided to the radiation protection, radiation therapy, and radiation processing communities.