Howdy, y’all. It’s early February here in south Texas as I write this article, but the weather has been very spring-like, perhaps no more than five nights of below freezing temperatures for the entire “winter.”

The Health Physics Society (HPS) hosted what could perhaps have been its final mid-year meeting in its current format in late January. (Stay tuned to see what the organizers come up with for next year.) A CRPA member from north of the border (Stéphane Jean-François) was at the meeting and has kindly agreed to share his experience . . .

A Report from the HPS Mid-year Meeting

A very non-scientific way to choose a conference is to look at the locations. Calm down, CRPA members; I don’t do this for CRPA conferences. I don’t think I’ve missed two CRPA conferences in 27 years, and I helped organize five of them. No, I am talking about non-Canadian locations.

That being said, it’s surprising how a small bug (COVID-19) can change your perception—I’ve attended a few conferences in Europe and was looking forward to the IRPA 15 International Congress in South Korea in May . . . I will have to wait and see what public health authorities are saying about that one! But let’s not digress.

HPS president Eric Goldin warming up the crowd. He was promoting a raffle in which people could make donations of $50 each for chances to win a 2020 Tesla Model 3 Long Range (limit of 2,000 entries).

In January, Bethesda, MD, welcomed us for HPS’s 53rd mid-year meeting.  The 65th full meeting will be in National Harbor, MD, in July. (For more information, continue reading Scott’s article below.)

While Bethesda was a warm 10°C  (to use a Canadian measurement), it was not sunny-and-comfortable San Diego, or the legendary South by Southwest in Austin, or the very pleasing Scottsdale. However, for me, there is nothing like a mid-year meeting to break up the winter in a very instructive way.

This HPS meeting was similar in size and tone of an annual CRPA conference. Once again, I was not disappointed by the programming. If you want to understand what I mean, check out the full scientific program online.

It’s an HPS meeting tradition to rise early in the morning to attend one-hour continuing education lectures with various keynote speakers. Sunday offered a choice of Professional Enrichment Programs. I attended Review and Update on Radiation Effects on Germ Cells, the Embryo/Foetus and on Infants. As a health physicist with a background in engineering physics, the “physicist” side of me is always nourished, but, too often, the “health” side of me is starved! This radiation biology lecture gave my health side a boost.

The HPS mid-year meeting offered a vast array of health physics topics—environmental, regulatory, governmental, nuclear industry, and military. I touched base with some of the 19 commercial vendors, saw some familiar faces (from CRPA events), and, of course, did some networking with health physics professionals, both formally (during planned discussions at the end of some sessions, like the National Council on Radiation Protection and Measurements [NCRP] Special Session on Radiation Protection in Medicine or the HPS Government Relations Special Session) and informally.

In summary, the 2020 HPS mid-year meeting was a good opportunity to consolidate your knowledge network. But why Bethesda? I can only assume Bethesda was chosen because it’s a pleasant Washington, DC, suburb with very good food (take this from a Montrealer) that is very close to HPS headquarters and is the home of NCRP headquarters. 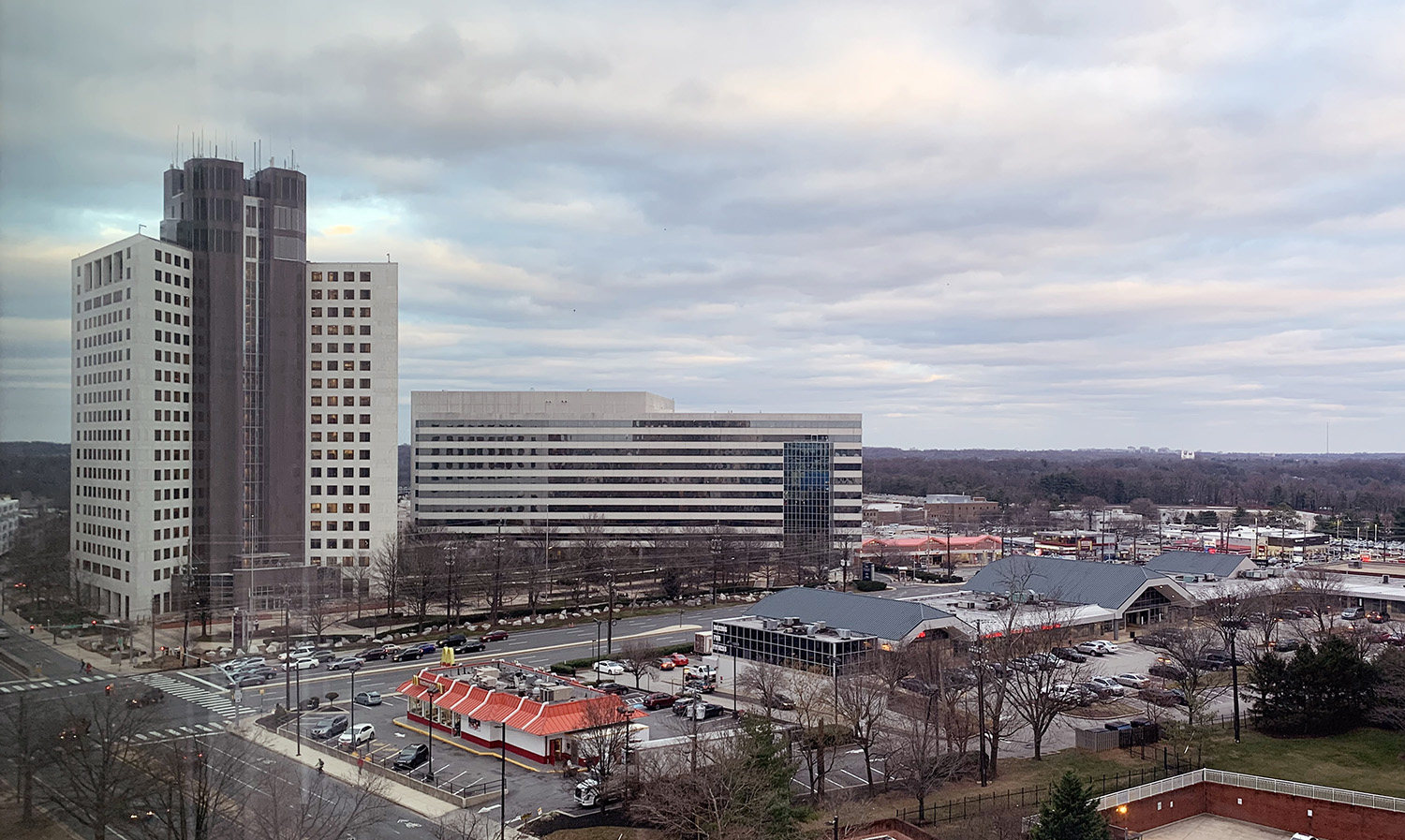 From his hotel room window, Stéphane had a great view of the US Nuclear Regulatory Commission (NRC) headquarters.

The 65th annual HPS meeting is currently planned for July 5 to 9, 2020, in National Harbor, MD. (When this was published in late March, the HPS board had not cancelled the annual meeting. According to their website at the time, the situation was “fluid” and a final decision was not expected until the board meeting in mid-April.)

If the meeting goes ahead, attendees can expect the weather in DC to be hot and humid. If you don’t want to rent a car and brave the infamous DC traffic, you can take the Metro from Ronald Reagan Washington National Airport to Alexandria, then transfer to a bus that goes directly to National Harbor.

My home chapter, the State of Texas Chapter, has postponed its annual student meeting, which was scheduled to take place on April 25, 2020. Instead, the student presentations will be held as part of the State of Texas Chapter Fall Conference and Affiliates’ Fair in September 2020. The date and location were not yet decided when this issue of the Bulletin was published.

In the fall, the students will present at the associate (second-year), undergraduate, and graduate levels for cash prizes. Usually we get a couple of science fair winners from high school and even middle school to present as well (and sometimes they present better than the college folks!). 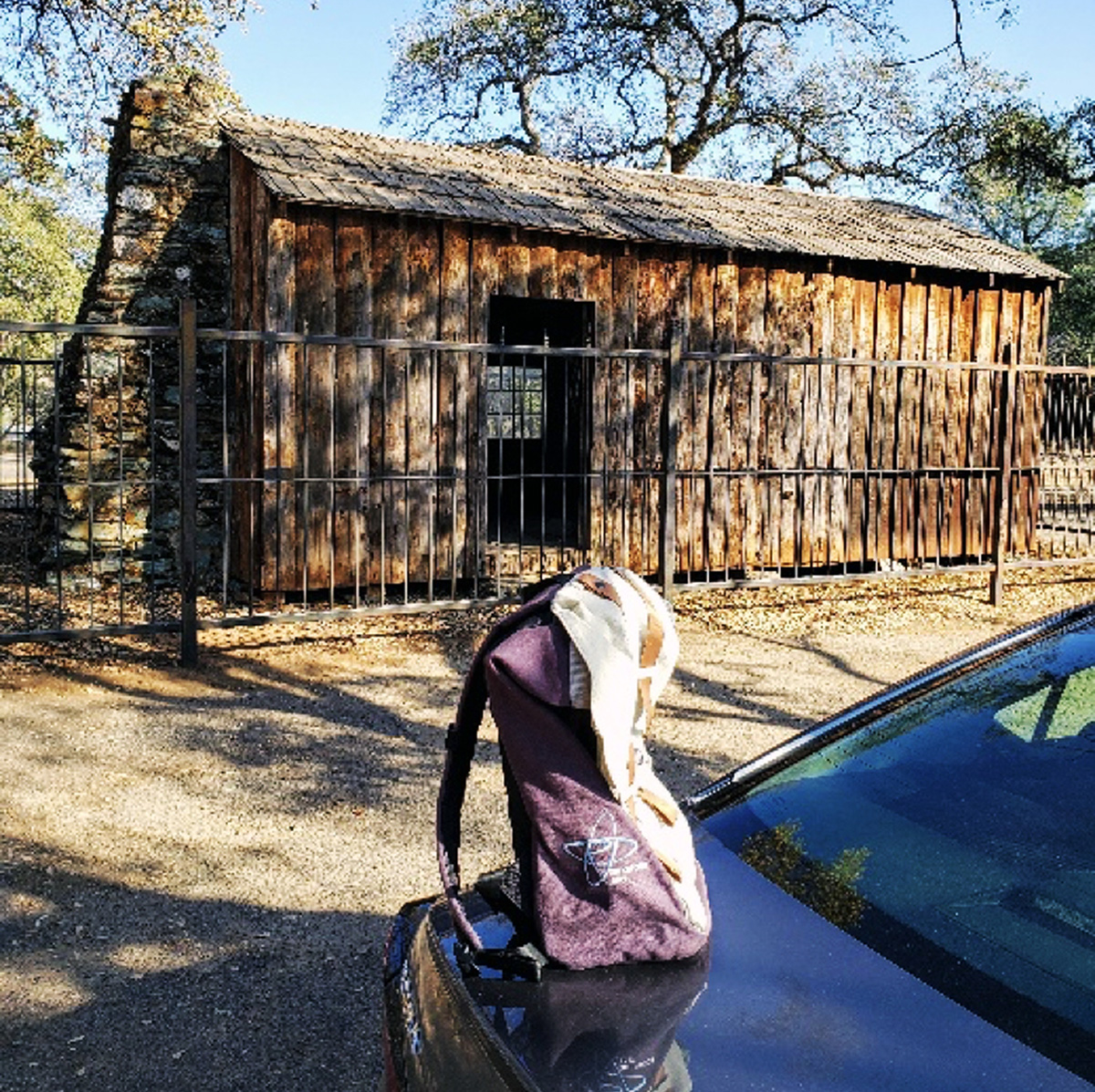 Continuing the “cabins of famous authors” theme from my last column, Sasky ventured into the Sierra Nevada Mountains of California in November 2019. This photo was taken at the Mark Twain cabin, which can be found at 20788 Jackass Hill Road (no I didn’t make that up!) in Sonora, CA. [“Sasky” is what Scott affectionately calls the backpack he received when he attended the CRPA annual conference in Saskatoon in 2017.]

Stéphane Jean-François is a certified health physicist at Radioprotection Inc. Having studied engineering physics, he received his professional certification from the American Board of Health Physics in 1998 and has renewed that certification five times since. He has worked in the field of radiation protection for the past 28 years, including 25 years as a radiation safety officer. He has been a CRPA member since 1996.