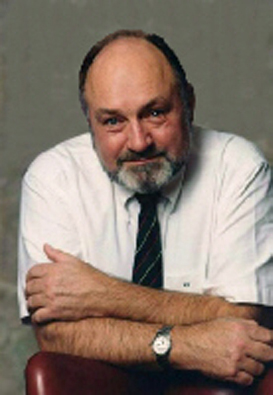 With deepest regret, we note the passing of Dr. Norman E. Gentner on January 14, 2021, in Renfrew, Ontario.

A stalwart figure in radiation biology and radiation protection in Canada and internationally, Norm was a member of CRPA, a contributor to the CRPA Bulletin, and a frequent speaker at CRPA conferences.

Returning to Canada, he pursued research on the health effects of ionizing radiation in the Health and Environmental Sciences Division of Atomic Energy of Canada Limited (AECL). From 1989 to 1993, he was the manager of AECL’s Biological Sciences Program and then senior science adviser from 1993 to 2001.

In 1989, Norm became part of the Canadian delegation to the United Nations Scientific Committee on the Effects of Atomic Radiation (UNSCEAR). In 2001, he accepted the position of scientific secretary of UNSCEAR where he remained until 2005.

In addition to organizing UNSCEAR sessions and drafting UNSCEAR documents, Norm served as an expert for the International Atomic Energy Agency (IAEA) and the World Health Organization (WHO). As part of his duties, he was an observer to the IAEA Radiation Safety Standards Committee, the International Commission on Radiological Protection’s (ICRP’s) Committee 1 (Radiation Effects), and the Organisation for Economic Co-operation and Development’s (OECD’s) Nuclear Energy Agency Committee on Radiation Protection and Public Health.

Those of us who had the pleasure of working with Norm knew him as very knowledgeable, well organized, and hard-working. Above all, he was a good friend who loved company, fine dining, good science, single malt scotch, and a good cigar. He was an outstanding Canadian and he will be missed.