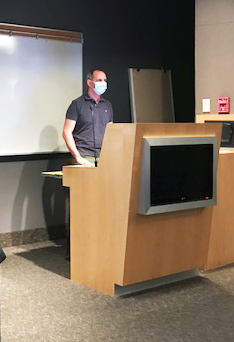 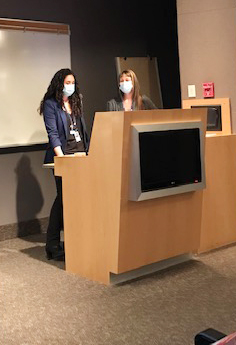 These two organizations have a history of successfully collaborating on a variety of matters associated with radiation safety. As a result of recent changes in personnel and evolving changes in work patterns due to COVID-19, the members of the radiation protection communities in these organizations were eager to review and reflect on ways they could create a concerted collective that would serve as a robust resource in radiation safety in Manitoba.

Lorraine and Paz explained that, as radiation protection officers and the appointed X-ray inspectors, they regulate the use of medical X-ray units. In this work, they are bound by Manitoba Regulation 341/88 R, an X-ray Safety Regulation under the Public Health Act, and updated legislation, Bill 37 of the Radiation Protection Act. They also follow Radiation Emitting Devices Regulations, and Safety Code 35 Radiation Protection in Radiology provides guidance for their operations.

These radiation protection officers are also responsible for administration of the provincial X-ray equipment registration program on behalf of the minister. To date, there are 2,582 registered X-ray tubes in the province. Radiation protection officers provide on-site compliance inspections of medical X-ray units for every health care facility in the province. This includes hospitals, clinics, lab and X-ray facilities, dentists, and chiropractors (1,562 medical X-ray tubes located in Winnipeg and 662 X-ray tubes in rural areas).

Although most inspections are conducted within the city of Winnipeg, the officers also travel to 57 different rural communities. X-ray compliance inspections vary depending on the type of equipment being tested, but they often use calibrated equipment to perform entrance skin exposure measurements based on Manitoba standard deviation levels (Manitoba’s own diagnostic reference levels). Working with clinic staff, the inspections have led to some of the lowest entrance skin exposure measurements in Canada. In addition, quality assurance measurements ensure the X-ray equipment is operating optimally. A comprehensive report with detailed measurements, including any comments and recommendations, follow each inspection survey.

National Dosimetry Services exposure reports are also provided as part of their inspections. As inspectors, they investigate if unusually high doses are reported.

Lorraine and Paz also explained that, to protect staff, patients, and the general public from X-rays, it is mandatory to contact a radiation protection officer to obtain shielding barrier specifications for construction of new, or renovation / relocation of existing X-ray rooms. Detailed floor plans, building plans, occupancy factors, and expected workloads must be submitted to calculate the shielding material necessary to attenuate primary and secondary radiation using the methodology defined in the National Council on Radiation Protection and Measurements (NCRP) Report No. 049and NCRP Report No. 147. Lorraine and Paz then perform an on-site inspection to ensure the installed shielding complies with barrier specifications before the walls, ceilings, and floors are covered.

To summarize, Lorraine and Paz reiterated that, as radiation protection officers, their goal is to protect patients, employees, and the general public from hazards associated with exposure to ionizing radiation from X-ray devices. With their authority as inspectors, this is achieved partly by enforcing compliance with legislation and regulations. However, their role is primarily to facilitate and enable strategies to support safety and excellent image quality with low dose management goals.

Sajjad Aftabi, also a radiation protection officer with CancerCare Manitoba, explained that his responsibilities differ from his colleagues who are X-ray compliance officers. He is responsible for radioactive leak testing of sealed and unsealed radioactive sources in hospitals and industry to ensure there is no release of radioactive material. He performs non-ionizing radiation compliance inspections for hospitals, clinics, and businesses, and provides calibration for survey meters and detectors.

Sajjad is also responsible for inquires related to radon gas. Radon is the second leading cause of lung cancer after smoking, and levels of radon in Manitoba are three times higher than the national average. As part of CancerCare Manitoba’s mission to reduce the burden of cancer on Manitobans, Sajjad provides information and resources upon request to cancer patients in Manitoba to help them assess the radon levels in their homes or take action to mitigate it. He is developing a radon measurement program for Manitoba cancer patients that will provide radon kits to lung cancer patients to measure radon levels in their homes.

In addition, to ensure radon mitigation is accessible, CancerCare Manitoba is partnering with the Lung Association of Manitoba to help homeowners find radon specialists and to provide grants to low-income Manitobans who otherwise may not be able to afford to make their home safer.

Bryan McIntosh described his responsibilities as a health physicist with CancerCare Manitoba. As part of his duties, he is a radiation safety officer for CancerCare Manitoba and supports the radiosurgery team at the Health Sciences Centre. He, along with his colleagues, ensures activities under CancerCare Manitoba’s Class II Nuclear Facility license are performed safely and in compliance with internal policies and regulations set out by the Canadian Nuclear Safety Commission (CNSC). He also provides calculations for shielding requirements for new or renovated radiation therapy treatment vaults.

Bryan and Sajjad work together to provide dose estimates to staff for radioactive skin contamination, inadvertent fetal exposure, and accidental radiation exposure. Bryan, as radiation safety officer, and Sajjad, as radiation protection officer, respond to emergencies involving radioactive materials and are equipped to deal with errant sealed sources, spilled liquid sources, and concentrated radioactive waste, such as brachytherapy seeds. They work in conjunction with municipal and provincial disaster response personnel to provide a solid foundation for emergency radiation situations.

Jeff Dovyak and Daniel Lapkoff also presented their duties and responsibilities on behalf of the Radiation Safety Program at Shared Health.

When regulations change or policies are reviewed, Jeff and Daniel collaborate with radiation safety officers in the province to write new or revise existing radiation safety policies for approval by the Radionuclide Safety Committee.

Portal monitors that screen for the presence of nuclear and/or radiological material are located at the Health Science Centre and St. Boniface General Hospital. Jeff and Daniel are responsible for responding to these alarms and for securing “hot” items in an appropriate radioactive waste room. They receive assistance with portal alarm response from nuclear medicine radiation safety officers and health physicists at CancerCare Manitoba.

Radiation Safety at the University of Manitoba

This joint seminar  allowed colleagues to connect and look past their own expertise to gain understanding into how they all contribute and offer benefit to the radiation protection community. It allowed participants to learn what their colleagues in other departments do by sharing information regarding roles and responsibilities and providing an opportunity to ask questions. Participants gained insight and respect for the work of their colleagues, had a chance to build relationships, and came to understand that they all serve the common goal of radiation protection in the province of Manitoba. 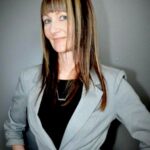