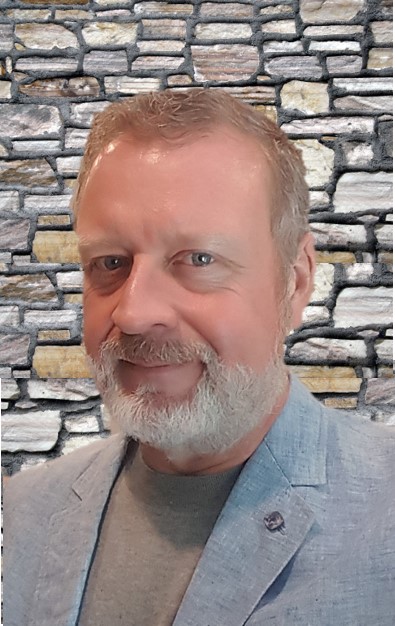 The philosopher Roger Bacon (1214–1292) once stated, “There are many dense bodies which altogether interfere with the visual and other senses of man, so that rays cannot pass with such energy as to produce an effect on the human sense and, yet nevertheless rays do really pass through without our being aware of it” (Bridges, 1897).

Although Bacon was largely referring to more sensory perceptions of light, sound, and heat, it’s clear that, as long ago as medieval times, some academics understood that not all that exists in the ether[1] could be easily explained, but there could be “cause and effect” for exposure. Since the concepts of radiation protection deal largely with cause and effect, I decided to spend this Bulletin message exploring some early history of radiation protection (with the caveat that we cannot cover it all here!).

In December 1895, Wilhelm Conrad Röntgen (Germany) discovered X-rays, and in November 1896, Henri Becquerel (France) discovered radioactivity in uranium. Émil Herman Grubbé (US), a manufacturer of Crookes tubes[2] in Chicago, was using his equipment to study the fluorescence of materials as early as 1896. In January of that year, Grubbé noticed that he had developed hand erythema, ulceration, and scarring. Noting the possible therapeutic aspects of X-rays, Grubbé treated a patient with breast cancer at the end of January 1896 (Grubbé, 1933).

It’s clear that, within the first decade after the discovery of X-ray and radioactivity, a lot was going on worldwide to study the effects of ionizing radiation exposure.

The first reported death of a female worker in the radium dial industry was in 1925 (Rowland, 1994). In 1939, Sigismund Peller (US) reported 47 lung cancer cases from 400 miners in the Joachimsthal pitchblende[3] mines in Bohemia (NRC, 1988). Indeed, the science of epidemiology, which was introduced in the mid-1800s for infectious diseases, began to be used to study exposure to non-infectious agents, such as radiation exposure.

Formalization of radiation protection regulations was starting within about 15 years of the discovery of X-rays! The German Radiological Society set standards in 1913 based on skin erythema doses (Stabin, 2007). In 1915, the British Roentgen Society started making radiation safety recommendations (Meinhold, 2004). Many places set their own standards based on measured skin erythema doses for their equipment (300–600 rads, typically) (Inkret, et al. 1995).

(i)   No more than seven working hours per day,
(ii)  Sundays and two half-days off per week,
(iii) As much leisure time as possible spent out of doors,
(iv) Annual holiday of one month or two fortnights, and
(v)  Sisters and nurses, employed as full-time workers in X-ray and radium departments, should not be called upon for any other hospital service. (Meinhold, 2004)

Arthur Mutscheller (US) established the first quantitative tolerance dose limits in the mid-1920s. He set a limit of 1/100th of the skin erythema dose in a 30-day period, corresponding to a dose of 72 rads per year (Inkret et al., 1995). Early radiologists received 50 rads per year (500 mGy per year) on average. Compare that with the current Canadian Nuclear Safety Commission (CNSC) maximum worker limit of 50 mSv in a given year, with no more than 100 mSv over a five-year reporting period.[4]

To aid in quantifying exposure, film badges and ionization chambers were developed in the 1920s. Robert Landauer (US) used dental film with filters to estimate skin erythema tolerance limits, and Victoreen manufactured its first Condenser R-Meter in 1923, permitting quantitative radiation measurements to be made (Taylor, 1981).

The first nuclear reactor (the Chicago Pile) was constructed at the University of Chicago and tested on December 2, 1942, and the field of modern health physics began. (The term “health physics” was proposed to conceal the fact, during wartime, that this was the science of radiation protection.)[6] The National Council on Radiation Protection and Measurements (NCRP) was formed out of the ACXRP in 1946 (Stabin, 2007). Meanwhile, in Canada, the Atomic Energy Control Board (AECB) was established in 1946 and became the CNSC[7] in 2000. To bring this full circle, in 1979 the Canadian Radiation Protection Association (CRPA) was formed!

Why is the early history of radiation protection important?

We remain together, whether it be face-to-face or physically distanced, to advocate for radiation safety in Canada and abroad.

1.    The ether: the upper regions of the sky beyond the clouds.

3.    Pitchblende, a uranium-rich byproduct of silver mining, was once used in yellow and orange dyes. (For more, see Mining’s Bohemian boomtown, Canadian Institute of Mining, Metallurgy and Petroleum [CIM])

5 .    Roentgen (R) is a historical exposure unit first derived for quantifying X-ray exposure. One roentgen (1 R) is equal to the amount of charge generated in a cubic centimetre of air and can be shown equivalent to 0.877 rad in air, or 0.95 rad in tissue. For photons, 1 roentgen is approximately equal to 1 REM (or 10 mSv). Caution: since 1 roentgen ~ 1 REM, it is not uncommon for R to have multiple potential meanings!

6.    See Why did they call it that? The origin of Selected Radiological and Nuclear Terms.