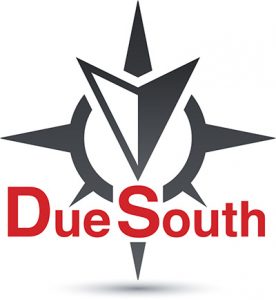 I hope you’re keeping well in these strange times. I also hope things will open back up soon; I’ve gone almost two years without a Timmy’s!

The State of Texas Chapter (STC) of the Health Physics Society (HPS), which is my home chapter, conducted its second Zoom meeting on April 24. Attendance was down a bit, and there were only 10 student presentations.

As usual, cash prizes were awarded in two divisions: graduate and undergraduate. A high school student also presented; hopefully he will be presenting again at the national level. In addition, there were two hours of talks in the afternoon about Fukushima, seeing as this is the 10th anniversary already.

STC was planning to host an affiliate fair in September, but it’s looking like the COVID-19 Delta variant is going to cause us to postpone, again.

The HPS tried something new this year—a hybrid meeting, both in-person meetings in Phoenix, AZ, and online. HPS kicked off the meeting with virtual sessions on July 20 and 22, then switched to hybrid mode, with both in-person and live-streamed virtual sessions from July 25 to 29. Unfortunately, I wasn’t able to attend, so I don’t know how that worked out.

I do hope to attend the next HPS annual meeting in person. It will be held July 16 to 21, 2022, in Spokane, WA, about 171 km south of the Canadian border. Hopefully the wait at the border crossing will be much shorter than it is today for the Canadians who will be joining us. Find out more on the HPS website.

The 2022 International Radiation Protection Association (IRPA) North American Regional Congress will be sponsored by HPS and IRPA. It is currently scheduled for February 20 to 24, 2022, in St. Louis, MO. Find out more on the the website.

Perhaps you heard about the great Texas winter storm in February that almost knocked out our power grid. In my 25+ years of living here, this was the first snowfall that stayed on the ground for more than a day and the first (and hopefully the last) time I have seen −14°C in the tropics. At my house, we were very fortunate and did not experience any power loss. 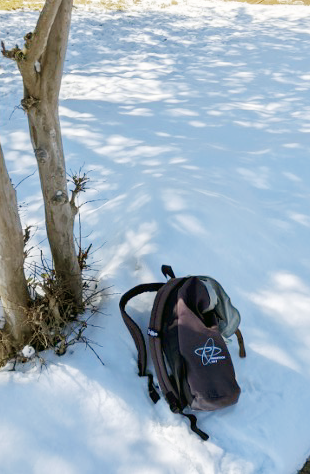 Here is Scott’s Sasky Pack lying in the snow in front of his house on the last day there was snow was on the ground. “Sasky” is what Scott affectionately calls the backpack he received when he attended the CRPA annual conference in Saskatoon in 2017. 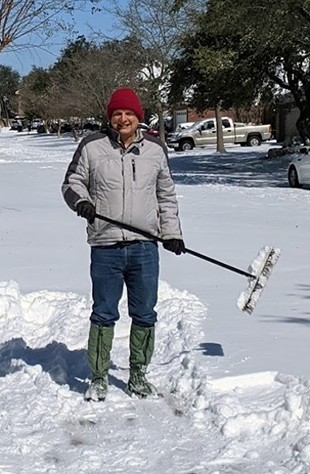 Here is a bonus photo of Scott’s futile attempt to clear his driveway with a broom. (He doesn’t own a snow shovel!) He says those Air Force–issued boots that he hadn’t worn in 30+ years sure came in handy. 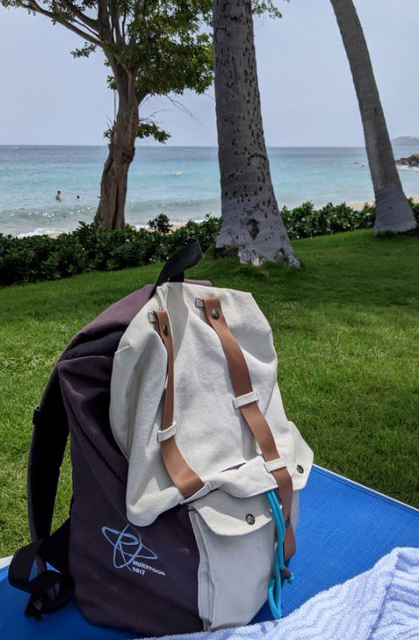 Sasky didn’t get to do too much travelling this year, but it did manage to break out of the Continental US to the island of St. Thomas in the US Virgin Islands to enjoy some downtime in July.